This post refers to an old version of the SimpleZoom plugin. For the latest version of this plugin check out /blog/tag/simplezoom.

For my inaugural blog post I have written a simple image magnifying jQuery plugin known as SimpleZoom. Invoking SimpleZoom upon a target image element will bind a set of functions to the target's mouseover handler. Triggering a mouseover event upon the target will then cause an animated 'lens' element to appear, displaying some portion of a higher resolution version of the target image. Of course, the image data of the higher resolution version must be specified as arguments of SimpleZoom. Complete invocation methods are detailed below.

It is important to note that this first version of SimpleZoom (0.1.0) has a couple limitations in terms of compatibility. While the plugin has been tested to accurately display the magnified image as far back as IE7, the magnifying lens widget will appear as a simple box on non-CSS3 browsers. Additionally, though I don't believe this to be much of a compatibility issue, SimpleZoom does makes use of requestAnimationFrame via a cross-browser function compiled by Paul Irish.

SimpleZoom was built for jQuery 1.7.2

Given a static image with id='small-img' and a higher resolution version of said image with id='large-img', both of which are already loaded, the plugin method $.fn.simpleZoom can be invoked as follows:

As an alternative to using actual image elements, the SimpleZoom method may be invoked on any static element (e.g. id='small-ele') with a set background image, passing as arguments the URL and dimensions of a higher resolution version of that background image. Note that this method should work even if the call is made before the associated image data has been served up.

To invoke SimpleZoom in this manner set the first argument to null and pass as the second argument an object with a src parameter, specifying the location of an image, along with the parameters maxHeight and maxWidth , specifying the dimensions of the image:

For fixed dimensional images within a fluid layout SimpleZoom should properly adjust to changes in the images position within the document. However, if the plug-in breaks with the occurrence of some known event, it is possible to obtain a set of helper functions to rectify the issue. By passing 'returnUtil' : true into SimpleZoom as a parameter of the optional secondary argument, the SimpleZoom method will return an object with references to two helper functions called refresh and destruct.

A call to util.refresh() alerts SimpleZoom to possible changes in the size and position of the target element, while util.destruct() removes the plug-in completely.

It is sometimes difficult to ensure the proper execution of a function which relies on image data, however, I have found the following method using jQuery to be quite reliable (barring any strange caching issues).

Consider within the document a regular image, labeled as id='small', on which SimpleZoom is to be invoked:

Given the URL of a higher resolution version of small.jpg, SimpleZoom may be safely invoked on $('#small') by employing the following script. Note that in order to ensure proper execution this script should be included either directly after the <img> tags or within a $(document).ready() block:

The full set of valid parameters is listed within the defaults object in the source.

Mouseover the image below. 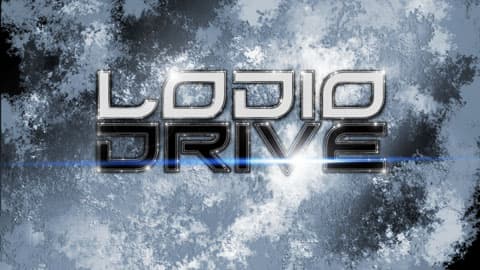 This post is about jQuery, plugin, SimpleZoom and was filed under JavaScript